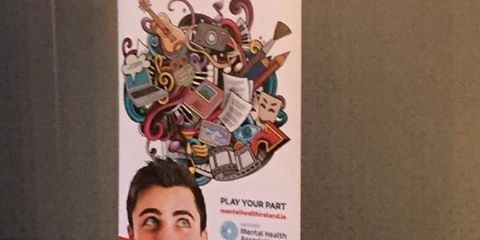 MC Mairead Connaughton began by welcoming all participants, their mentors and families to this yearly event. She introduced chairperson of Wexford Mental Health Association, Alice Doyle, who thanked the organisers of ‘Expressions,’ Ciaradh Walsh, Theresa Goff and Annette Wall for their hard work in organising the event each year. She spoke of how Wexford MHA offers this competition to provide an opportunity for young people to express their feelings on what mental health means to them; it is also an opportunity for us to listen to what is going on in young people’s lives. Wexford MHA is all about promoting mental health and trying to remedy it when it breaks down.

Ms Doyle thanked the sponsors of the event, Wexford Credit Union and the Riverside Park Hotel. She concluded by praising the inventiveness and courage of the participants, their mentors and parents. She welcomed the panel of adjudicators, Paula Lowney, Ciaradh Walsh of Wexford MHA and Martin Rogan, CEO of Mental Health Ireland.

CBS Wexford Got the proceedings underway with their Powerpoint presentation titled ‘The Porter Bradley Effect.’ Their message was clear: Negativity is negative- you see it everywhere, it has a negative effect on you and this negativity may affect your mental health. We need to escape from under the cloud of negativity, which is contagious and heavily influenced by the media. This was very humorous and an engaging and creative presentation. The tram consisted of Cormac Sinnott, Jack Cunningham, Shane O’Leary and Edward Roche. Their tutor was Padraig Whitty.

The second performance was from Enniscorthy’s Colaiste Bride; the team consisted of Orlagh O’Shea, Lauren Kenny, Niamh Rooney, Hannah Polson, Chloe Hendrick and Dara Arkinyemi. Their tutor was Margo Whelan. These students presented a short DVD on mental health, entitled ‘Mind Your Mental Health.’ The message was loud and clear: It’s OK not to be OK, a message that we all need to hear over and over again! The statistics that these girls provided were frightening! In Ireland, 12,000 people attempt suicide each year. Most attempts are made by women, yet most who actually die by suicide are men. These statistics were met by a shocked silence. The truth needs to be heard. And listened to. The message was a positive one nonetheless – every day is a fresh start. What an emotive and thought provoking video! And at the end was a list of organisations and their phone numbers for those experiencing distress. Another wonderful presentation!

Next came the WACT Youth Theatre Group. Ash Salm, Ailbhe Tierney, Sadhbh Tierney, Jessica Doyle Taylor, Jonathan Breen and Niall O’Brien, under the guidance of Joanne Donohoe presented a theatrical performance that explored the transgender issue. This is the first time that this issue has been presented at the ‘Expressions’ Competition. This

imaginative group shared their own experiences around the LGBT reality for young people; their personal struggles, issues with family members, who are themselves struggling and just don’t have the language to deal with this issue. Their message was that people will deal with whatever they need to, they will make mistakes but everyone will figure it out in the end …with help.

The fourth group presentation came from another group of young men from CBS Wexford, again under the guidance of their energetic and inspirational teacher Padraig Whitty. This team of Luke Spellacy, Matthew Rossiter and Pedro Roche performed a song called ‘Not Alone.’ While the song was being performed, there was a simultaneous backing video depicting the emotions being expressed in the song. It was lovely, it was harmonious, it was heartbreaking! To say that the boys collaborated beautifully would not be an overstatement.

Everything is OK in the end, if it’s not OK, it’s not the end was the message from group number 5, the second team from Colaiste Bride, again under the expert direction of Margot Whelan. This was another very powerful performance with the message that the bond of friendship between young people needs to be protected to, in turn, protect the mental health of those very young people who may be experiencing mental health difficulties. This very well made video provided the important message that the bond of friendship is powerful and needs to be nourished and protected. This team was made up of 5 young ladies, Leah McHugh, Chloe Murphy, Emma Butler, Amy Murphy and Laura Doyle.

Next to perform was a group from Presentation Wexford, Aoife Goodison, Katie Kavanagh, Molly Davis and Leah Peolow, under the guidance of Muireann Gahan. This was a spellbinding drama presentation featuring song and dance. The message was clear: mental illness I am not yours. These students wanted to capture what mental illness felt like, its struggles and to show these very real struggles to their audience. They succeeded. And their message was positive. There is light at the end of the tunnel, however dark it may be at times. Dance for this group was their way to escape and to express their true feelings.

The penultimate group, the second group from Colaiste Bride, again under the expert tutelage of Margot Whelan, presented a DVD om suicide. This group of young ladies, Sadhbh Tierney, Aoife Rees and Muireann O’Gara, explored suicide in their DVA titled ‘Dear Naomi.’ This video has been released on YouTube and had 1500 views. These girls took on the difficult issue of suicide and bravely and very sensitively examined the anger, the feelings of missing the loved one, the loss, all the feelings that are unspoken. This was excellent and thoughtful cinematography. This acknowledged that those who are also hurt are those who are left behind to pick up the pieces of their now fragmented lives.

The last performance of the night was presented by Barecheek Theatre Company. This was a series of interspersed monologues dealing with the sometimes negative effect of geographic isolation. The group consisted of Judith Allen, Daisy Doolan, Aoife Murphy and Hannah Philpott was tutored by Tony McCleane Fay; their presentation consisted of a series of internalised monologues dealing with the sometimes negative affect that geographic isolation and poverty can have on the mental health of young people. This was a very powerful piece of theatre, with the monkey on your back bringing on distressing negative thoughts. This drama dealt with the lives of three young girls experiencing pregnancy, gender issues and an eating disorder. Again the message was a positive one: things do get better.

After long deliberations, Martin Rogan, on behalf of the adjudicating panel announced the results. 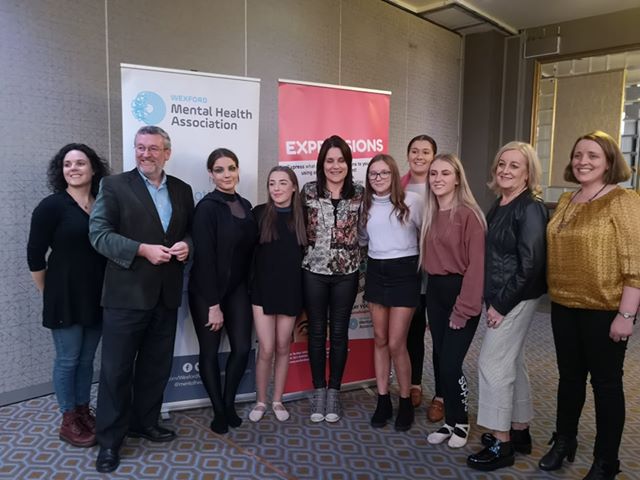 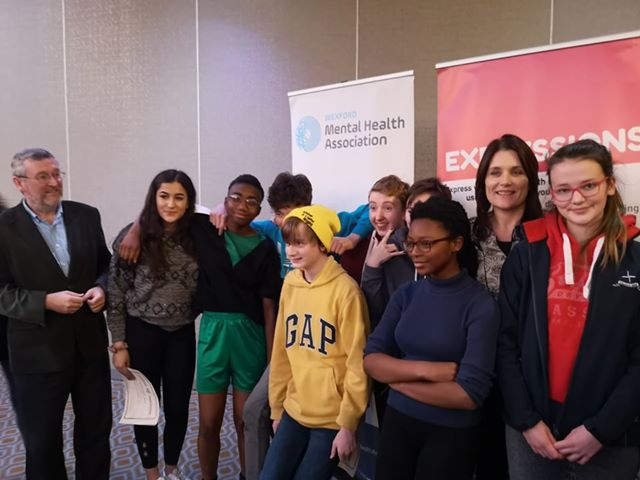 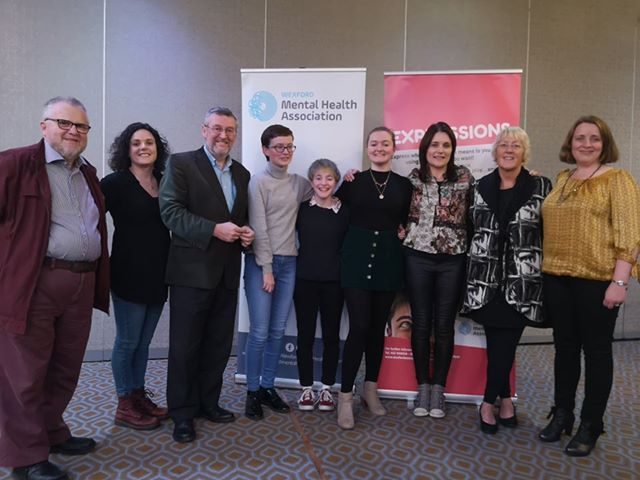 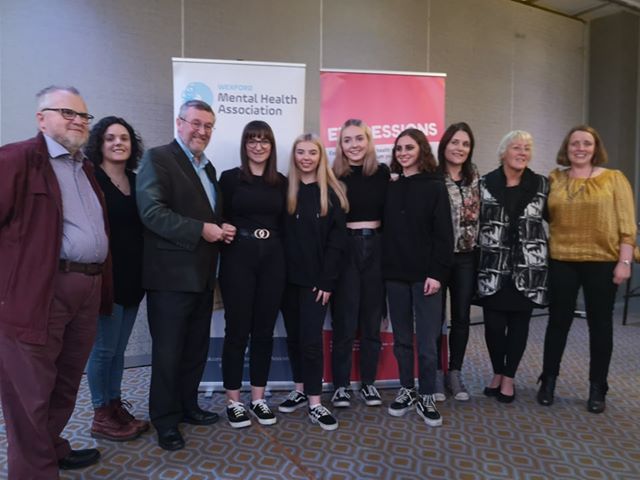 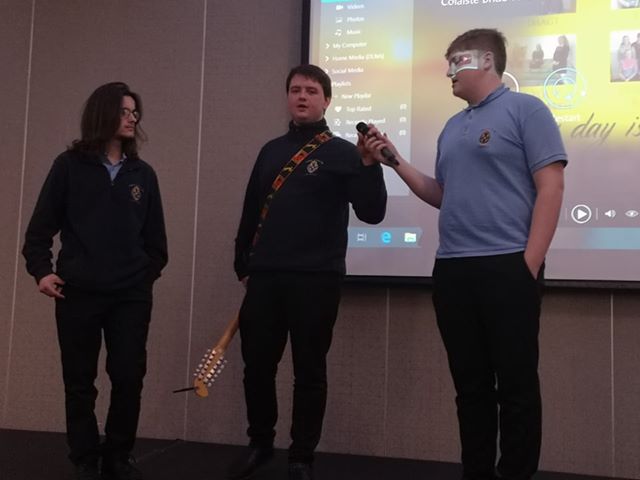 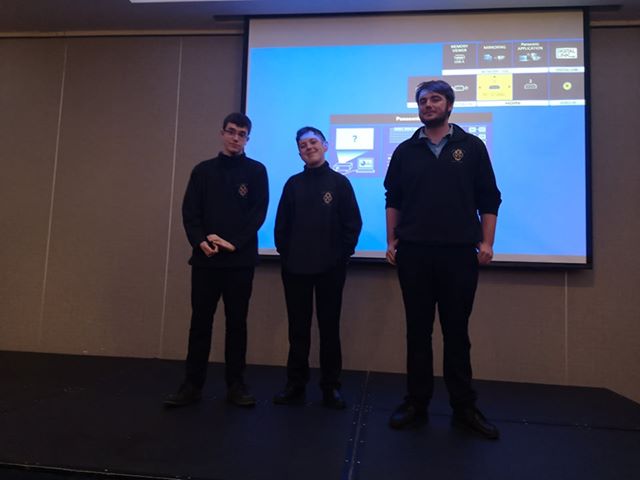 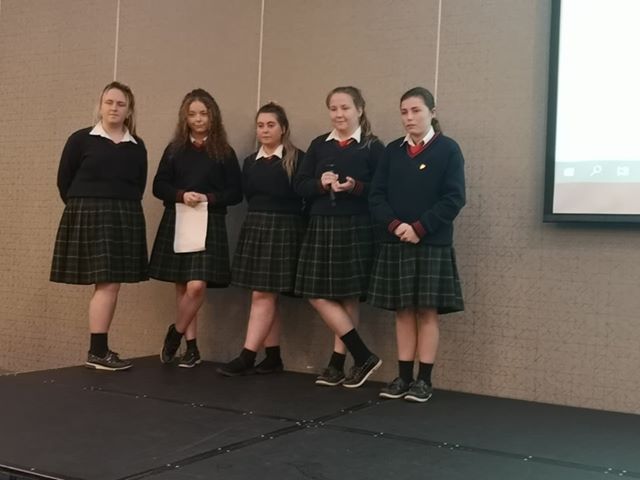 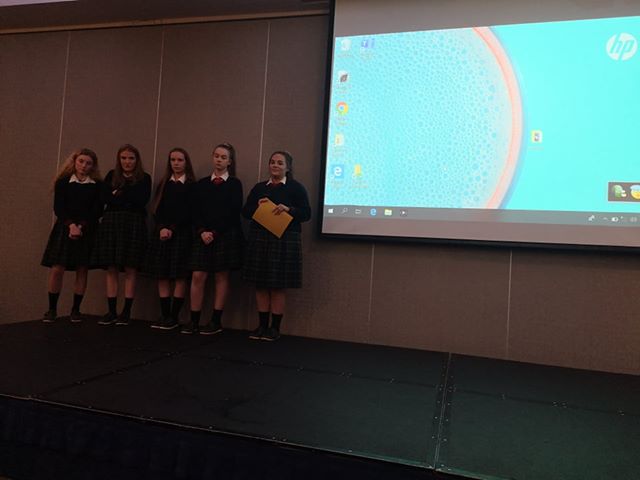 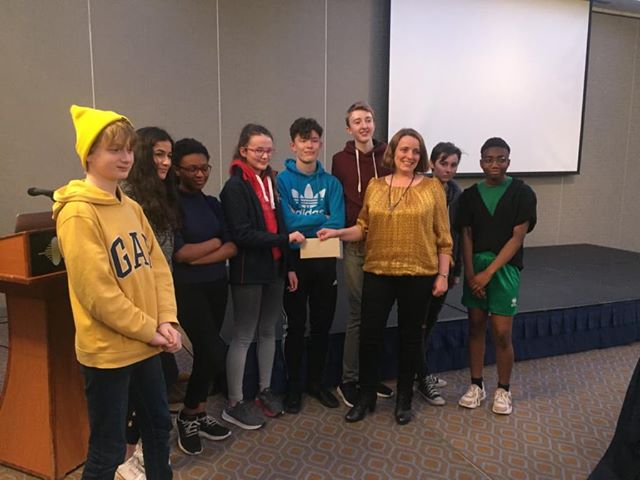